In The Edit Bay With Dan Foote 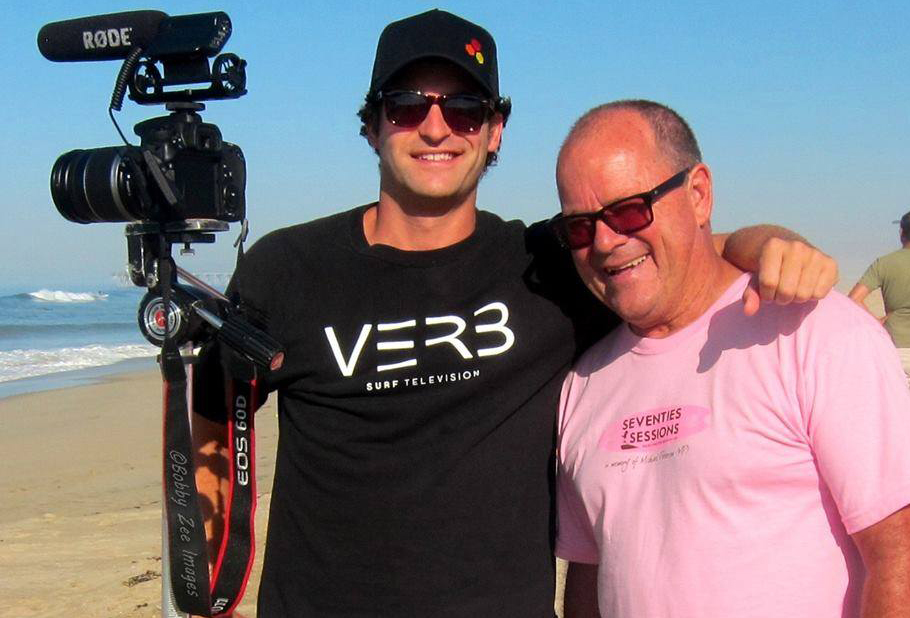 “It’s hard to describe that feeling when you look at something and you know you’re the first person to see it in 30 or 40 years,” explained Dan Foote when we caught up with him for a quick chat. “It’s just an absolute joy.”

By day, Dan works in the TV business and runs the VERB Network, an action sports broadcasting and production company. But he moonlights as a moving image expert for the Surfing Heritage and Culture Center. It’s his magic in the edit bay that’s produced the video components of our installations, and his recent contributions to the Ohana Gala were invaluable.

Like everyone at SHACC, Dan’s inspired to do what he can to preserve and share the history of surfing.

“A lot of the tapes I’ve been working on converting are from the ‘80s and just aren’t going to be around that much longer,” said Dan. “There’s definitely an urgency to getting this stuff into a more modern format so that it will still be around for years to come and people can enjoy and learn from it. Those tapes are going to decay and eventually they’ll be gone.”

Diving into boxes of tapes, he’s never quite sure what he’s going to find. Like any treasure hunt, the more obscure the path the more valuable the find.

“One of the best I found was Velzy talking about how to make a Malibu chip,” he continued. “I had no idea what I was going to find, and then there was Velzy. That would have been lost if we hadn’t found it. For me, it never gets old finding that kind of stuff. And there’s so much of it that still needs to be gone through.”

From his edit work to his conservation projects, when it comes to providing the audio/visual surfing and telling its stories, both past and present, Dan’s a critical piece of the puzzle here at SHACC and we can’t thank him enough for his contributions and commitment.