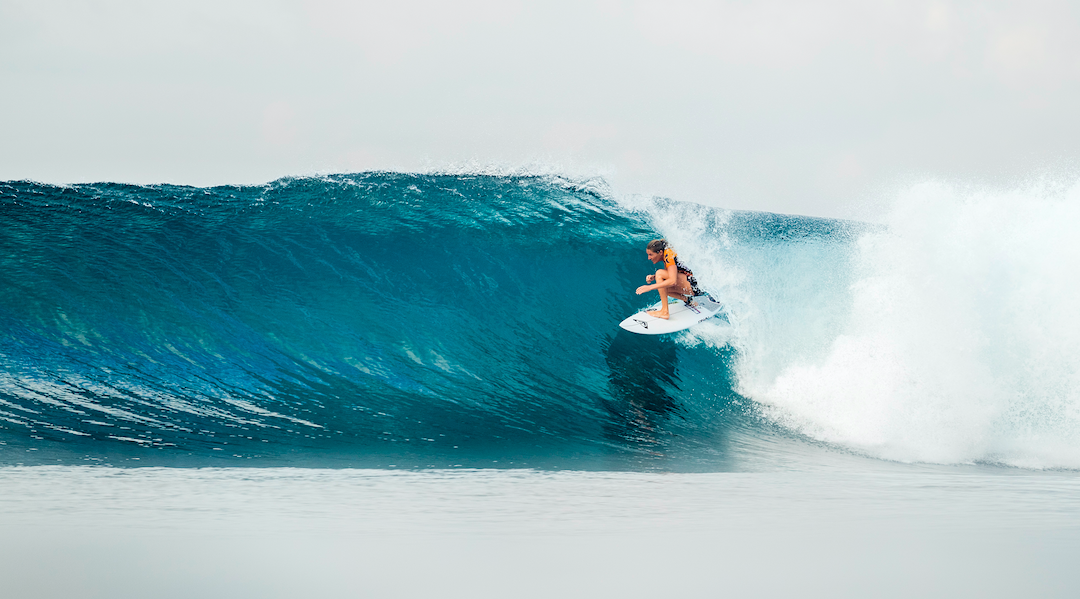 The World Surf League has announced that it is making the move to bring equal pay to professional surfing.

“This is a huge step forward in our long-planned strategy to elevate women’s surfing and we are thrilled to make this commitment as we reveal our new 2019 schedule,” World Surf League CEO Sophie Goldschmidt said in a prepared statement. “This is the latest in a series of actions the league has undertaken to showcase our female athletes, from competing on the same quality waves as the men, to better locations, and increased investment and support.”

Effective across all of the WSL’s platforms next year, including the Championship Tour, and the Qualifying Series, as well as Juniors, Longboard and Big Wave events, it is the first American-based global sports league to pursue gender pay equality.

“This is incredible, and I am thrilled. The prize money is fantastic, but the message means even more,” said six-time world champion Stephanie Gilmore, who was recently honored at SHACC’s “Women Making Waves Ohaha Gala” alongside Lisa Andersen, Rell Sunn and Joyce Hoffman.

“The situation for the women surfers has been transformed for the better in every way,” continued Gilmore. “We have been so appreciative, but this takes it to another level. I hope this serves as a model for other sports, global organizations and society as a whole. My fellow women athletes and I are honored by the confidence in us, and inspired to reward this decision with ever higher levels of surfing.”

“The women on the Tour deserve this change. I’m so proud that surfing is choosing to lead sports in equality and fairness,” said 11-time world champion Kelly Slater. “The female WSL athletes are equally committed to their craft as the male athletes and should be paid the same. Surfing has always been a pioneering sport, and this serves as an example of that.”

“Our first contest on the tour was the Women’s Chapstick Pro – held in conjunction with the Men’s Gunston 500. But two days before the event, the Chapstick sponsors asked to meet with us. ‘Look,’ they said. ‘We don’t have prize money. We didn’t think you would really show up…come all the way to South Africa. So we want to propose that we hold a nationwide raffle that will provide prize money. And the winner will get his choice of having a personal date with whichever one of you he desires.’ We said no. And they came up with a mere pittance in total prize money – all prize money combined – about $1,000, which was only half of minimum required for a women’s event to be sanctioned by IPS,” recalled Patti Paniccia in her keynote address at the Ohana Gala.

At the moment, it appears the sport of surfing is undergoing a bit of a metamorphosis. Last week the WSL ran the Surf Ranch Pro in the Slater-designed wave pool facility in Central California. Additionally, for the first time, surfing will be an Olympic event. The 2020 Summer Games in Tokyo will feature both surfing and skateboarding, which is sure to bring more visibility and attention to the sports.

As far as what equal pay means for the future of the sport, perhaps tour veteran Ace Buchan had the best perspective.

“Being a father myself, trying to raise two strong, independent girls, to be able to send them out into the world knowing that they’ll be on equal footing and that surfing is a legitimate career path for them is really exciting,” said Buchan.