Hitting Rewind On The Momentum Generation 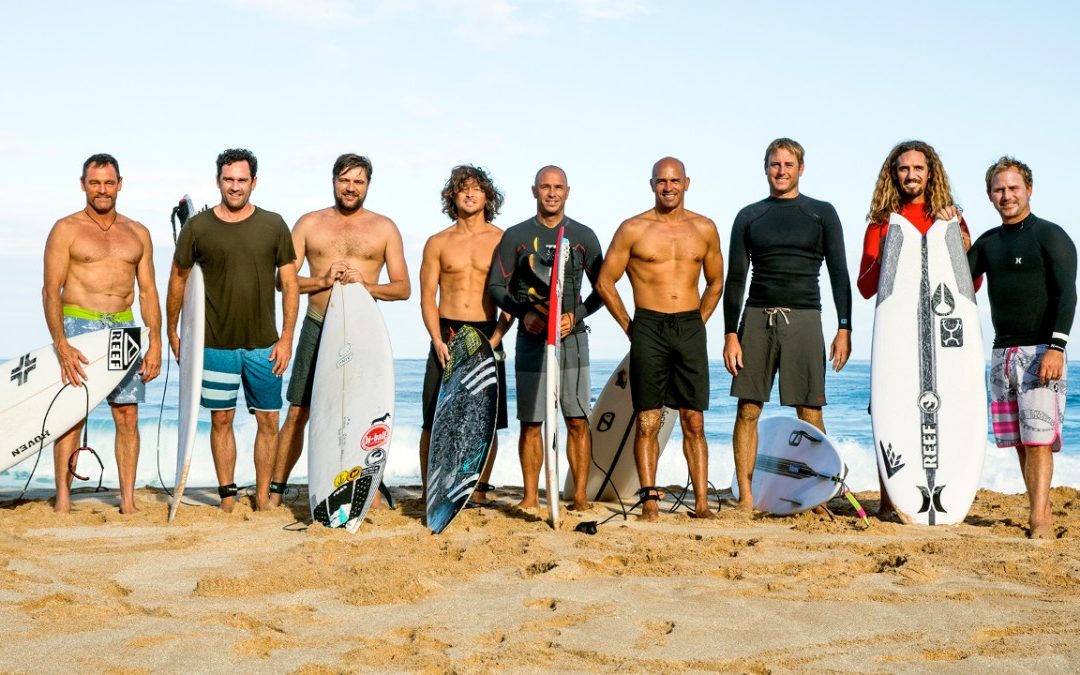 Ross Williams recounts how the winter of 1989/90 and the emergence of the Momentum Generation altered the course of modern surfing:

Some of my closest friends growing up were Matty Liu, Jason Magallenes and Shane Dorian. We were head over heals in love with surfing. Our focus on every little detail in those movies shaped the way we approach a wave. It still does even to this day. My personal hero was Tom Curren. I loved how humble he was and how he had, what I presumed to be, the best style in the world. His approach always seemed so honest. He surfed how he knew, never forcing things, never getting out of rhythm or flow. A combination of fluidity and raw power made him the most influential surfer possibly of all time, but of course, I’m biased. Surf Into Summer showcased Curren and Occy at the ’86 Bells contest and we would watch it over and over. Especially right before we would go surfing. I remember Jason air surfing in the living room, trying his best to mimic Curren, blasting an off the lips on the couch. We all held Curren’s backside snap as our holy grail of style and would do our best to copy it to a tee.

But there were other influencing factors too, namely, who we were coming of age alongside. Taylor Knox and Rob Machado, for example, were among a very healthy group of talent in California. And Australia’s always provided an amazing platform for their up-and-comers. Shane Powell and Shane Herring would fall into that category. Every coastal town sprouts their own future would-be world champions with as much purpose as finding the next leader of the free world. That’s one of the many things I love about Australia, the tenacity and focus on producing great surfers. It’s no accident that there are so many pouring out of that country. Then, on the East Coast was the exception to all exceptions: Kelly Slater. No doubt the East Coast has a great surf scene, but it’s no secret that Kelly had to motivate himself at a very young age to keep improving at the pace only he seems to be familiar with. I’m sure Kelly pulled a lot of motivation from his peers, but what really set him apart from the rest was his brain. He was able to think and translate his thoughts into his surfing. This is the kind of behavior you see in adult athletes at present day, not children of the ’80s. While most of us were watching all those videos with our hearts on our wetsuit sleeves, Kelly was actually calculating what was going on in the technique and how he could import those lessons into his surfing.

Maybe once or twice a year there would be a convergence of all of the top kids from around the world, usually in Hawaii, California or Australia. California was, and still is, the place where our sponsors and magazines called home, so this made it vital to show face. Australia was about experiencing the Gold Coast and doing the pro junior in Narrabean. But for me, it all centered around Hawaii. Every winter everyone came to my island. This was the best feeling as a grom. So much buzz. Not to mention the waves are a star in their own right. Kelly, Rob, Taylor, Shane, they all came to the North Shore to surf and be a part of this special place, and it was in those early years that a unique and enduring bond was formed.

Benji Weatherly’s house was ground zero, right there on the beach in front of Pipeline. Sure, we all already knew each other for a few years prior, but this house was the place that allowed us to hang out together for hours upon hours, days upon days, and weeks upon weeks. The friendships that were fostered would catapult us as a group into stardom.

Also entering the plot was a young and broke Californian by the name of Taylor Steele. He came to Hawaii for the winter 1989/90 to surf and video his friends. He stayed in a rusty old van that he just so happened to park in front of Benji’s house. Call it fate if you want, but all the pieces came together for his eventual project that help change the surf world. It seemed like that winter the waves were good almost every day. We surfed in front of Benji’s house with Taylor filming. And before the winter had ended we all made plans to come hang out with Taylor to California that next summer and shoot more video. Luckily for us, Taylor’s parents were on board and were all right with him inviting a bunch of kids to stay at their house. How could we ever have dreamed that the clips he filmed would go into one of the most iconic films in our sport, Momentum?

We were all around 17 or 18 years old when we were in California for that summer. Our only motivation was to impress one another. That meant surfing beyond our abilities, which then resulted in getting good clips for Taylor’s movie. It meant getting good photos for the magazines too, but more and more the VCR was our medium of choice. Either way, all of these things translated into big contracts from the surf industry, which was right outside Taylor’s door. The only drawback: the constant need to outdo each other.

I hold Kelly up on a pedestal when it comes to surfing—and for good reason—but when it came to his presence on terra firma I held no prisoners and would often times, even to this day, let him know how dorky he is. He always dresses kind of funny, sort of an East Coast ’80s vibe. And his competitiveness wouldn’t stop at surfing. He would want to beat you at throwing rocks in the ocean, ordering the best sandwich, e-brake slides, and yes, being popular with the ladies. You could argue that it was a healthy competition, but it got pretty ugly at times. The battle was definitely egged on by Taylor, as well as the magazines and sponsors. It was all designed to get us to surf harder and perform at our best. We all thrived on it. As kids we needed that competition to stay focused, otherwise, we may have fallen victim to drugs and partying like generations before us.

One would assume that 18-year-old kids who were getting paid to rip and roam California would be up to no good, but we all were having so much fun surfing and improving ourselves that we all chose not to take our eyes off the ball. That’s not to say that we didn’t do our share of partying, but I think our group of friends was too grounded to totally lose it on the party thing. Everyone had a really good grasp on moderation. More than that, I think we all thought it was lame to do drugs. Anything that would interfere with our main goal, which was to surf at our best and to make the big leagues, was never an option.

Looking back, that had to be one of the best summers of my life. We all had our future in front of us. I know we didn’t know how big or how long our careers would be, but it felt so good to be setting out to be what we all dreamed of as kids, professional surfers.

Even though I think Taylor had his ways to motivate us, in some ways against each other, he was always pretty subtle. He had a very mellow demeanor and would almost come across as though was years older and more mature. In a lot of ways, I think Taylor and Kelly were very similar. Both have calculating approaches to life and are very smart. This really made it work for us. Taylor was simply one of our good friends, and one of us. He had a nice calm presence that made everyone remain focused. That’s not to say Taylor was without his flaws. He was as messy a guy as you’d ever see. His room was a hazardous zone with food and clothes and videotapes lying around like a bomb went off. He was also very particular. I knew not to tell him how to do his business with respect to filming and editing. He had a little bit of a mad scientist feel to his persona.

The videos, the competition and camaraderie were the potion that made us who we were as surfers. Careers that unfolded were no accident. I think if you could label our generation with one word it would be “motivated.” We all were so passionate about surfing and wanted so badly to make it our life. If I could pass one thing along to the kids coming up these days it would be to surf with passion and conviction. More importantly, I’ve learned that when you become a professional surfer you need to realize that you are extremely lucky and fortunate to be able to call surfing your “job.” It’s an art form, but it’s also a legitimate sport that we as surfers are obviously very proud of. Don’t take it for granted. I know I would have taken my career more serious if I had those values instilled in me.

Looking back on the ’80s and the culture and characters it produced for my generation to feed upon for inspiration, I’m nothing but grateful. I can only hope that our ’90s crew did the same for the following generation. One thing I can tell you for sure, after this last winter on the North Shore, 20 years since Kelly, Shane, Rob, Taylor and all of us came together, there is no shortage of exciting groms coming up. And so the cycle gains momentum anew.