Go Faster: Gerry Lopez on the Birth of the Shortboard 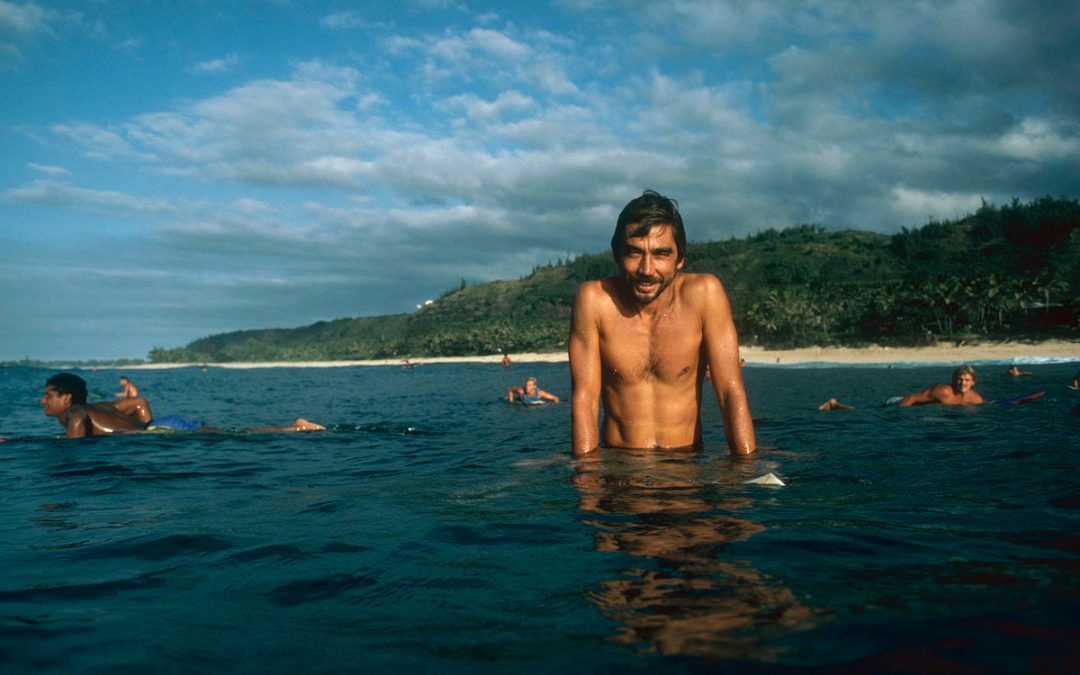 In the lead up to the “Go Faster” exhibit at SHACC we sat down with Gerry Lopez to talk about the start of the Shortboard Revolution and when he felt things really started to change. He pinpointed a happenstance meeting on Maui during the winter of ’66/’67 between him, Dick Brewer, Bob McTavish, Nat Young and a handful of others. Here’s how it all went down according to Lopez:

In Hawaii, the best young surfers, my group of guys—I was still a kook—but Reno, Jacky Everly, Roy Mescer, Kiki Spengler, Jimmy Lucas, Jeff Hakman, Jock Sutherland, they were all riding Brewer/Bing Pipeliners, the ones shaped by Dick. Jock, who was maybe the best surfer of that time, had two of them. The 9’5” he rode at the World Championship in ’66 in San Diego, where he got second place behind Nat.

Buddy Dunphy and I would drive out to the North Shore and stop by Jock’s house, and he’d lone us the 9’4”. We never went out to Rocky Point with that board. We’d surf somewhere that if we lost it it would go in on the sand and wouldn’t get dinged or scratched or anything. He were pretty respectful and wanted to take care of it. One day we were surfing Velzyland lefts and RB [Dick Brewer] paddled out. I guess he’d seen me ride a few waves, so he paddled out, and he looked at me, and he goes, ‘That’s Jock’s board.”

And I said, “Yeah, he loaned it to us. This is the best board I ever rode.”

So he told me, “Well, I’ll make you one of your own. Just bring a blank and come to Maui.”

He was moving over to Maui and he and Buddy Boy were starting a little surfboard thing called Lahaina Surf Design—L.S.D.

So, Reno and I both bought Clark reject blanks from Fred Swartz at Surfline Hawaii and we flew over to Maui, landed in Kahului and hitchhiked to Lahaina. We both went and stayed with John Thurston. He was an interesting story too, he worked for Fred Wardy, and he came over and started a Wardy Surfboard Shop on Kapulanii, close to where I went to school. And those Wardy boards were some of the most beautiful boards around ’65-’66. And we always liked to go in there because John was always way cooler than Dick Metz at Hobie, who would tell us not to touch the boards because we’d get fingerprints on them. He’d shoo us out. The Wardy shop was right where I’d catch the bus to go home, so I’d go in there every day. Anyway, a couple of years later, he moved to Maui and got into the Bahai faith. He had this big house and he’d let us surfers from Honolulu come over and crash there.

We get over to Maui and Reno got his board shaped. It was a refined Pipeliner gun— a 9’6”. That’s basically what I wanted. Everyday Brewer would put off shaping mine until more than a week went by. Finally, he goes, “Okay, we’ll do it.”

So we’re all waiting for him down at the cannery and he shows up. Just when he shows up another car pulls up with all these weird looking surfboards piled on the roof. And it’s Nat Young, George Greenough, Russell Hughs, John and Paul Witzig, and Bob McTavish. They all get out of the car and we’re looking at their boards, those deep vee, wide bottoms.

Brewer and McTavish smoke a joint and start talking about surfboard design. They’re looking at all the boards and talking. After about an hour those other guys wanted to go surfing, so finally they pried McTavish away and off they went.

My blank was already sitting on the shaping room rack. So we talked over there, and I’m trying to tell RB that I want a board just like Reno’s. I want a 9’6”.

But he’s just in the zone. Then he cuts another foot off the tail. And I’m like, “RB! What are you doing!”

And he looks over at me and goes, “I got an idea, man, just flow with it.”

So he made this board that had a hot dog nose, a gun tail, and man, it was not like any board any of us had ever seen before. I’m standing there going, “Shit!”

And Reno’s over snickering in the corner because he’s already got his board.

So, this board RB shapes is 8’6”, just under 22” wide, and it had vee in the bottom. It was really a beautiful board, but it was just different. Super different. I carried it over to the glassing room where John was doing all of the glassing. And he had these thick Coke bottle glasses. I put it on the rack and go, “John, what do you think?”

He looks at it, squints, wiggles his nose, and goes, “Interesting.”

Another week went by and the surf came up. So we all went out to Honolua. It was pretty big, but it was a north swell, so it wasn’t that great. We parked at the boat ramp and all paddled out. RB had a board he’d made for himself. Buddy Boy had a new board, and Reno and I had our boards. They used to call Honolua “Buddy’s Bay.”

I passed Nat on the way in. He’d lost his board. He that deep vee, wide bottom and it had spun out on the first wave. The nose broke off of it. The only one that was out was Russell Hughes, and he had a more conventional shape. I think it was more like an Australian version of a Pipeliner. And he kind of ripped it up for what the waves were. We watched him surf for about an hour.

Eventually, I got that board back to Honolulu and nobody had ever seen anything like it. Everybody tried it. About a month later, the Haleiwa contest was going on and Jock, Hackman, Reno, all of those guys used my board in the contest. They couldn’t believe how great that board was. Their boards were all a foot or more longer. Leroy Achoy ended up winning that contest on a pop-out, Waikiki beach boy board doing skeg-first take-offs. But everybody else rode my board. Then they all went to Maui to get the same thing.

We ended up calling those boards the “mini-guns” and they were the first real shortboards in Hawaii.

There was some influence from the Australians and what McTavish was going, but those things had that wide tail and were still around 9’ or shorter. And that’s where Brewer got the inspiration. It was really a breakthrough design. Looking back, years later, from that point forward we called the “Shortboard Revolution” because that was the beginning of it. It was a revolution, that 8’6” that Brewer made in Lahaina was the first shot fired.

You know, the funniest damn thing, McTavish made this movie with some Kiwi guys about 10 years ago, and in it he claimed that he did it all. And Brewer claims that he did it all. So they came over to interview Brewer for the film, and I was there with Jock. They asked me what I thought about it all. So I retold that story about how McTavish and his whole gang drove up to the cannery in Lahanina where we were building boards. I told the whole story about smoking the joint on the grass, going out to Honolua, Nat spinning out and breaking the nose, all of that.

They didn’t remember anything.