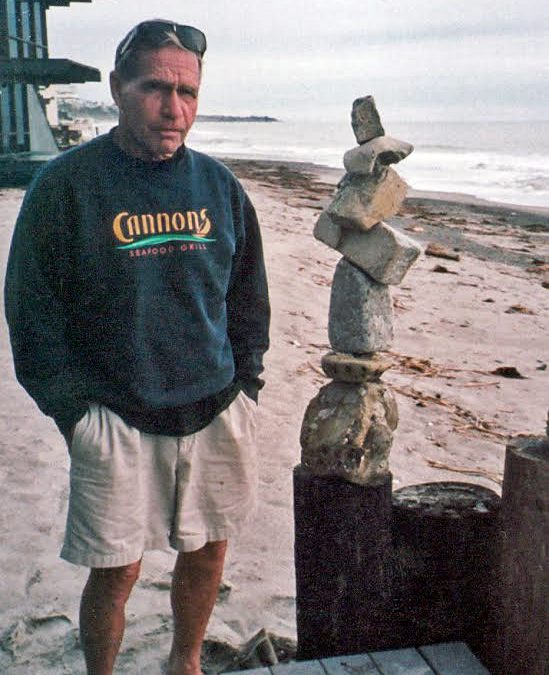 After a long, fruitful, well-lived ride, John Creed has gracefully kicked out. A longtime friend and supporter of the Surfing Heritage and Culture Center, Creed’s warmth, good nature and passion for living will be greatly missed.

A life-long surfer, Creed came of age on the beach in Southern California as a lifeguard in Laguna Beach. This led him to a life at the beach. Appearing in John Severson’s early films, he came to be know affectionately as “Speedo Creedo” due to his antics.

One of the originals of Dana Point, he counted Walter Hoffman as a dear friend. The two would travel together to Mexico to surf and enjoy the good life often.

“Walter Hoffman and John Creed will show up at one of my local spots when there is a good swell,” recounted Corky Carroll. “These dudes are really fun to surf with. They are all old and dog-eared, well except for John Creed, who should be slapped for not looking or acting his age, and yet they all can still charge when it comes to surfing.”

Like so many of his friends, Creed’s success followed him from the lineup to the land. In the mid-1970s, he was named CEO of the Chart House restaurants and helped guide the company through a period of growth and affluence. In 1996, after more than 20 years in office, Creed resigned as chief executive officer. After his time with Chart House he got involved with another Dana Point eatery called Cannons.

Creed was inducted into the Surfers Hall of Fame in 2015.

In recent months Creed’s health had been failing. He passed away peacefully in his sleep. Details about a memorial will be forthcoming.