What’s In A Name 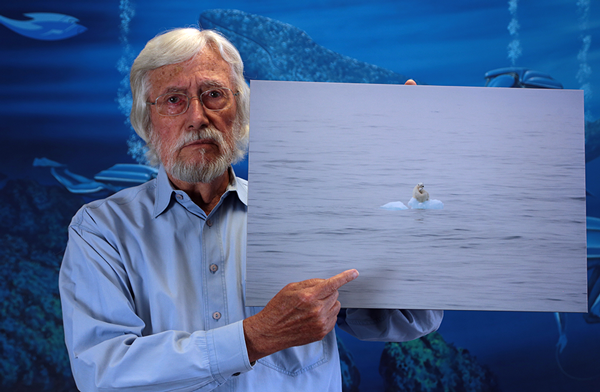 As told by Jean Michael Cousteau

The name opens doors. I know that it facilitates communication. People pay more attention. I know that, and I respect the people that are trying to make a difference and don’t have the privilege that I have. I grew up in a time when there was no communication. My father was unknown, completely unknown, and I was part of pioneering days where he co-invented the regulator for SCUBA diving, submersibles, underwater habitats, going on expeditions. It wasn’t until I was probably 18 or 19 that I realized, “Oh, that guy’s different.” It was all just part of the deal.

My mother was there, my brother was there, the team was there. For me it was all part of our family. They were older brothers. Their whole professional lives, they were there. And today I think we have a responsibility to share that information. Because of what I call the communication revolution, from the time when our telephone number went to one phone at the end of a cable—the number was 2-2-1—today anyone can reach seven billion people on the planet one way or another.

And so there’s one human family. We’re all family. There’s one ocean system, we all depend on it for the quality of our lives. You have a drink of water you’re drinking the ocean. You go skiing you’re skiing on the ocean. It covers 70 percent of our planet and everything we put into ends up coming back around to us. We’re very sensitive to the things we see, like garbage, but what about the things we don’t see? What about heavy metals and chemicals, and that is a real problem because it is affecting even more than what we see. It affects the entire marine ecosystem. It affects the ocean completely. And ultimately, it affects us.

There are fish we catch and put on our plate that are loaded with chemicals. But now we know. Before we did not know. So we can sit down with people, with decision makers, the fishing industry—I’m on the side of the fishermen, I grew up with them—but they’re going out of business. What happened when that happened on land? What happened when we were hunters and gatherers and then there was nothing to hunt or gather? We became farmers. What were we farming? Grains and herbivores. Herbivores, not carnivores. We don’t farm lions or jaguars, we can’t afford it. It’s too expensive.

So now we’re back to money again. Money, economy and ecology are all the same. If you manage the planet like you manage your business and live only off of the interest that is produced by the capital it can go on forever. Today we’re going way beyond and gobbling up the capital, especially as we add another hundred million people to the planet every year. So the pressure is mounting, and thanks to these communication revolution tools, if you will, we can now educate people and allow them to make much better decisions. So, we’re back to business, and that’s what I’ve learned. And I’m absolutely grateful to my family for having taught me all of that. We have the forth generation, my grandchildren, coming up now. In fact, one was born underwater. –