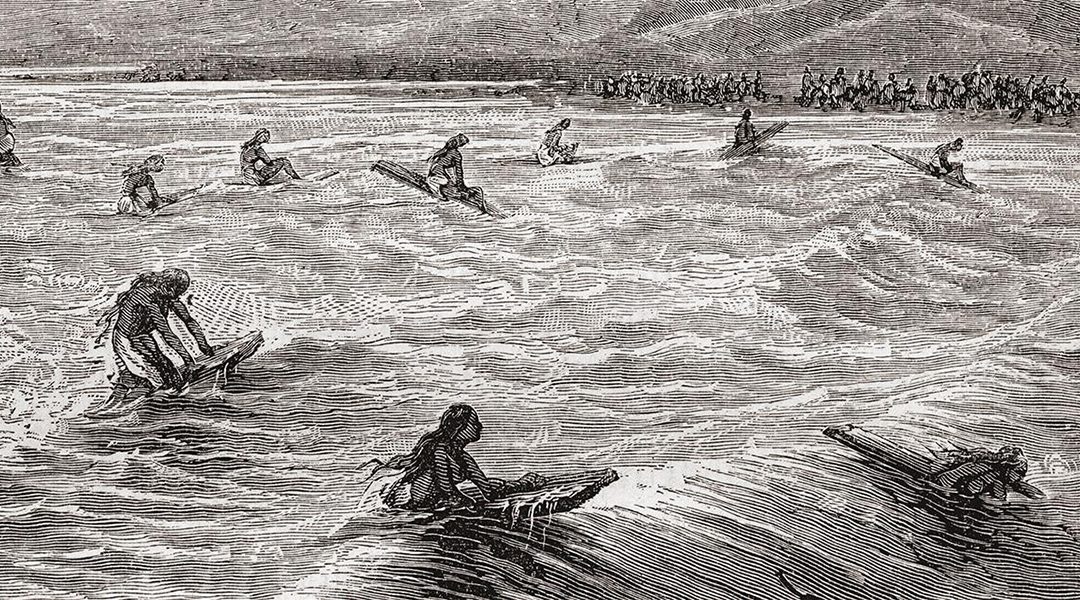 Liloa, the king of Hawaii, had traveled to Kokohalile to consecrate a temple, and after the ceremony he found the time to take a bath in a nearby stream. By the stream he met a beautiful local woman named Akahiakulana, with whom he was instantly infatuated. He seduced her, and when it was time to leave he asked her that if she was to become pregnant from their intimacy and give birth to a son to name him Umi and send the boy to him.

Akahiakulana did become pregnant and birthed a baby boy. Doing as she was instructed, she named him Umi. But she opted to raise the baby. Shortly after her meeting with the king, Akahiakulana had married another man, who abused her son. One day Akahiakulana had enough of Umi’s mistreatment and told everyone that he was actually was the son of the Great Chief Liloa and her husband had no rights concerning him.

She finally sent Umi to live with his real father, where he was received by King Liloa and his other son, Hakau—who was not happy with Umi’s arrival. The tension between the two half-brothers became known throughout the country, and upon King Liloa’s death, the heritage was split in two; Hakau was to rule all of the land, while Umi became the chief of temples and gods.

The people detested Hakau’s rule and clamored for Umi to rise as their one and only chief. They created an army to defeat Hakau, crowning Umi as king of all lands, temples and gods.

Before becoming the great Chief of Hawaii, Umi lived a simple life in Waipunalei with one of his followers, Koi, far from Hakau and his attempts to make his life miserable. One day Umi visited Laupahoehoe, one of the top beaches on the island, where he saw a surfer named Paiea surfing a wave not far away from they were standing. Umi heard the people speak in awe about the great skill of Paiea every time he rode one of the majestic waves. Being an excellent surfer with years of experience himself, Umi approached one of the admirers and asked, “Is that the best Paiea can do, just to rise up with the surf to fall back down again? That is not the way surf is ridden in our land. One must ride clear to the edge of the beach before he can be called an expert.”

It did not take long before Paiea became aware of Umi’s comments and confronted him. Umi did not bother to agree or disagree to having said anything, not giving much importance to the confrontation, which made Paiea furious. He challenged Umi to a surf competition, in which the loser would become the winner’s servant. Umi accepted, but Paiea´s pride was extremely hurt and he expanded the challenge to include two double and one single canoe in exchange for Umi’s whalebone necklace. Umi once again accepted. But Paiea was still not content. He raised the stakes further. He now wanted to bet four double canoes for the very bones of Umi, at which point a young local man sensed that this bet was becoming too violent, and bet his own canoes in favor of Umi, so that his life and bones would no longer be part of the challenge. The local man happened to be a wealthy and important chief, descendent of the rulers of the territories of Hilo and Hamakua. Paiea was only a lowly chief serving King Liloa, and thus his betting capital had reached its limit and he could no longer raise the stakes of the challenge.

With the bet solidified, the young men entered the sea and paddled towards the lineup. Sitting outside the breakers they sat and waited for the perfect wave. Umi rejected the first two waves that Paiea suggested, and then, as a great wave appeared on the horizon, he turned to Paiea and said, “Let us ride this one.”

Paiea firmly agreed and the two surfers stood up almost in unison, demonstrating their great skill and dominance of surfing while quickly advancing along the wave. As they got closer and closer to a reef right in their path, Paiea started to shut Umi out, forcing him in the direction of the reef. To avoid crashing into the coral, Umi turned his surfboard on the inside part of the coral reef, just barely escaping his fatal fate. He then rode his surfboard straight to the beach reaching the shore before Paiea. Victory was his.