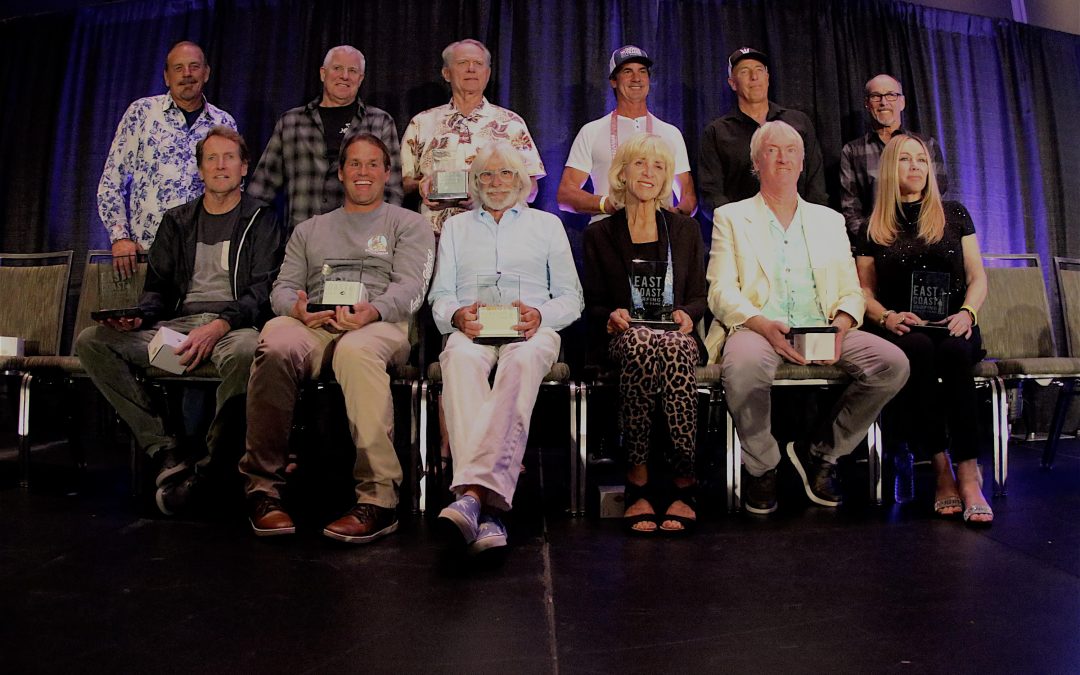 The East Coast Surfing Hall of Fame announced the Class of 2020 on Wednesday evening, January 8, 2020, in front of a packed auditorium at the Orange County Convention Center, Orlando, Florida.

The Class of 2020 were inducted in five categories through a rigorous four-step process, and included:

Included in the biennial induction ceremony for the first time, the Cecil Lear President’s Award, named for the co-founder and first President (1996-2016) of the ECSHOF, was created to honor an individual who made a lasting contribution in leadership to East Coast Surfing.  The Hall of Fame’s Board of Directors selected Lewis Earl “Hoppy” Swartz.

As the founding president of the United States Surfing Association in 1961. Swartz mentored Cecil Lear and Rudy Huber to launch the Eastern Surfing Association (ESA), which has since become the strongest surfing organization on the East Coast, and one of the most respected in the surfing world, having produced professional world surfing champions Frieda Zamba, Lisa Andersen, CJ Hobgood and Kelly Slater.

There are currently 159 members of the East Coast Surfing Hall of Fame who have been inducted over the past 24 years.