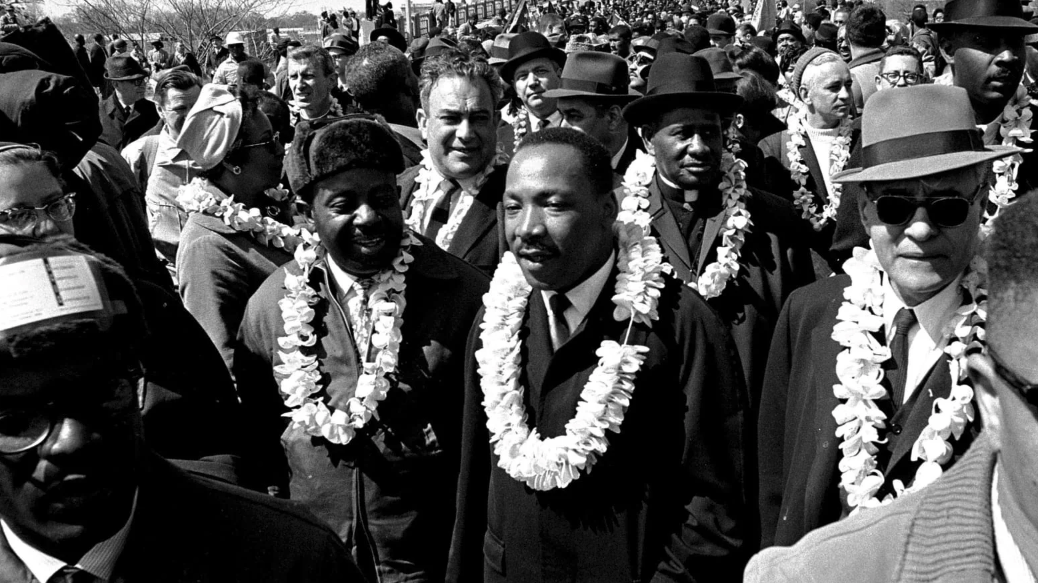 In Alabama on March 21, 1965, Martin Luther King Jr., John Lewis and other civil rights demonstrators made their historic march from Selma to Montgomery. Photos taken of the march show King and others wearing Hawaiian leis.

But why leis at a civil rights march in the Deep South? A year prior, King had given a lecture in Hawaii, where he met Rev. Abraham Akaka—a Hawaiian/Chinese pastor at the Kawaiahaʻo Church in Honolulu, where he gave his sermons in both Hawaiian and English.

It was Rev. Akaka that sent King and his followers the flower leis in an expression of pure aloha. For the demonstrators, the flowers provided a stark contrast to the weight of the moment and served as a symbolic connection of the civil rights struggle around the U.S. The day would come to be known as “Bloody Sunday” as demonstrators were brutalized trying to cross the Edmund Pettus Bridge. Photo: AP