The Evolution Of The ISA And Olympic Surfing 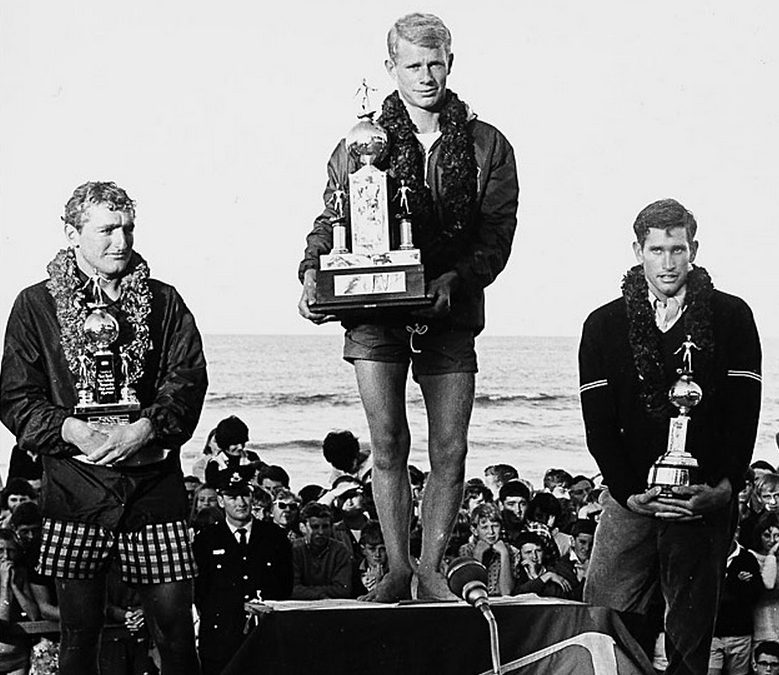 In in 1964 the first ever World Surfing Championship was held at Manly Beach, Australia. In the new sport’s first major upset, Australian Midget Farrelly edged out America’s Mike Doyle and Hawaii’s Joey Cabell to take the win.

Organized by Bob Evans, and with surfers in attendance from Australia, Hawaii, the United States and Peru, more than 65,000 people found their way to the beach to watch Farrelly hot dog his way into history. Up to that point it was the largest crowd to ever attend a surf contest. Holding the first world championship wasn’t the only pivotal thing that happened at Manly. During the event, delegates from all participating surfing nations, had a formal meeting to agree on forming the International Surfing Federation (today called International Surfing Association), and elected Peruvian Eduardo Arena, as its first president.

“A few things happened in surfing simultaneously to make it suddenly popular around the time of the contest,” recounted Farrelly years later. “It came from nowhere almost.”

Immediately following the success at Manly, the momentum continued to build. The very next year Felipe Pomar put Peru and Club Waikiki on the map with his win at the second World Surfing Championship at Punta Rocas, Peru.

In 1966, Australian wunderkind Nat Young came to San Diego for the third World Surfing Championship armed with “Magic Sam,” a thin-railed 9’4” board that utilized a George Greenough-designed fin to great effect. His performance would usher in a new, radicalized era in surfing as surfers witnessed the benefits of progressive equipment in action. With over 80,000 fans packing Ocean Beach, surfing’s popularity was reaching a crescendo.

“I think Nat’s performance at San Diego in ’66 was a benchmark in the world of surfing,” noted Hawaiian Jeff Hakman, one of the sport’s top stars in the ’70s. “It was the last of the longboard contests, and seeing what Nat could do on a board that was basically a log, made us all realize what was possible if we had better equipment.

A young Tom Curren pre-heat in France circa 1980

Meanwhile, the organization’s structure continued to evolve. At a meeting in Hawaii in November 1976, the ISF changed its name to officially become the ISA. The world’s greatest surfers, who had joined together that year to the launch the IPS professional surfing tour, gave full written support to the organization. From 1978 until 2002, the ISA ran the ISA World Championship every other year. In 1980 the ISA would add a junior division to its program, and again, history would be made.

Winning the first-ever ISA World Junior Surfing Champion title in Biarritz, France, a young Tom Curren would go one better two years later, winning the ISA World Men’s Champion title. It was the beginning of one of the most extraordinary careers the sport as ever known.

Having worked on developing surfing in his native Argentina since very early in his life, and after representing his country as a member of the Argentinean delegation in the 1992 ISA World Surfing Championship, Fernando Aguerre decided it was time to put his heart and skills to work on a global effort. Aguerre ran for and was elected as the ISA President in 1994 and continues to serve as ISA President today.

In 1996, President Aguerre created the Sands of the World Ceremony as a symbol of what surfing offers to the world as a vehicle for peace. The tradition has maintained during the Opening Ceremony of all ISA World Championships plus the Surfing Festival in China, symbolizing the true fraternal spirit that bonds together all members of the global surfing tribe. The union of the countries of the world in this Ceremony is symbolized through the mixing of the sands from the shores of all participating delegations, showcasing the ISA’s hopes for a better and more peaceful world.

Today, the ISA hosts annual championships for juniors and masters surfing, stand-up paddling, bodyboarding and adaptive athletes. The organization is over 100 countries strong and has been the guiding force in surfing’s longtime Olympic dream.

This summer at the 2020 Tokyo Games, surfing will appear in the Olympics for the first time ever. It’s been a long road with a lot of twists and turns, but the Olympic vision is about to be realized.