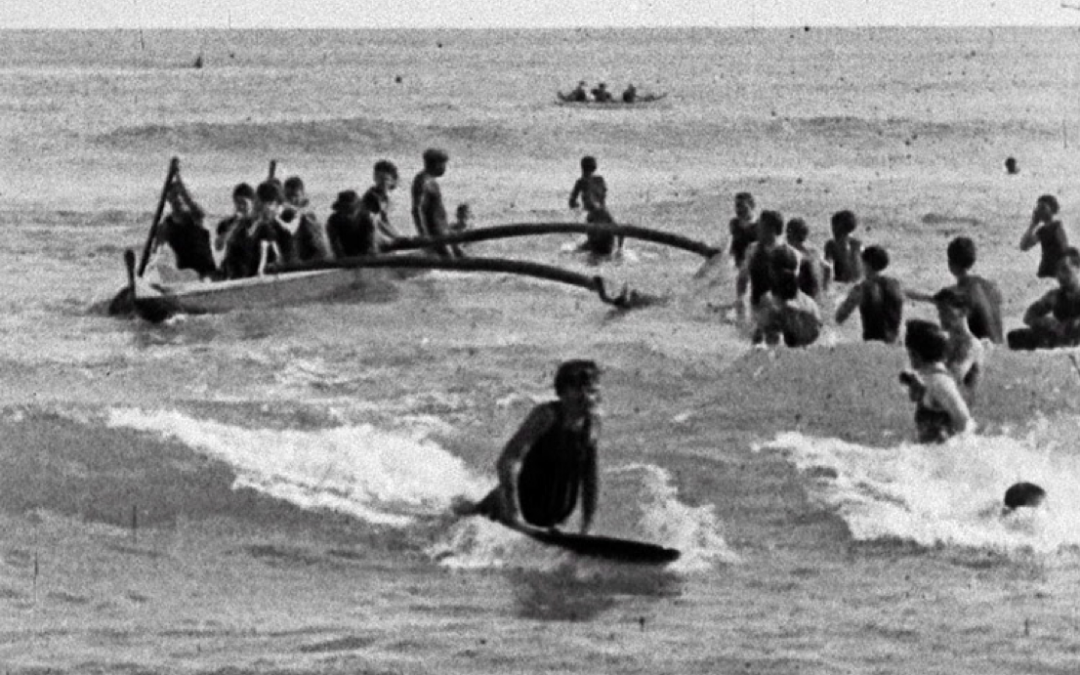 Like the lightbulb and the phonograph, Thomas Edison deserves some credit for creating what might be the world’s first surf film.

In 1906, Edison hired a cameraman named Robert Bonine to travel to Hawaii and film what he saw. According to reports from the period, he spent an estimated three months in the islands and filmed a number of documentary-style shorts. Bonine captured the first-known footage of Kileauea on the Big Island. He also captured footage of surfers at Waikiki.

There is record of other Edison camera operators in Hawaii prior to this. In 1898 a short film was produced called “Kanakas Diving for Money.” Less than a minute long, it doesn’t have any surf footage, but does feature locals swimming in a harbor, as well as an outrigger canoe contrasted in front of a cargo ship in the background.

When Bonine traveled to Hawaii eight years later it was on the invitations of the territory’s Promotion Committee. These were colonial days and there was an effort by the United States to highlight the exotic attributes of this new territory in the South Pacific.

On August 12, 1906, The Honolulu Advertiser ran a story that read, “Moving pictures of canoes and surfboard riding are to be taken off the Moana and Seaside hotels, Waikiki, this afternoon. … Those who can ride surfboards standing up are wanted to be there in force.”

A followup article in The Daily Pacific Commercial Advertiser the following day wrote, “Everybody that could get in focus was ‘Bonined’ at Waikiki beach yesterday afternoon. That is, they were included in some rare pictures taken by Robert Bonine, the moving-picture man of the Edison company of Orange, N.J.”

“[T]he water was fairly live with people, and all were in a merry mood and that, of course, was best for the moving picture. Hawaiian canoes, birch canoes, surf-boards and water wings were greatly in evidence,” continued the article. “There were big rollers yesterday and it is believed that some good pictures were taken of surf riders standing erect on their boards as they were shot on the crest of waves toward the shore. These were taken from the end of the Moana pier. … Mr. Bonine was satisfied and so was the crowd.”