Top 10 Most Expensive Surf Movies Of All Time 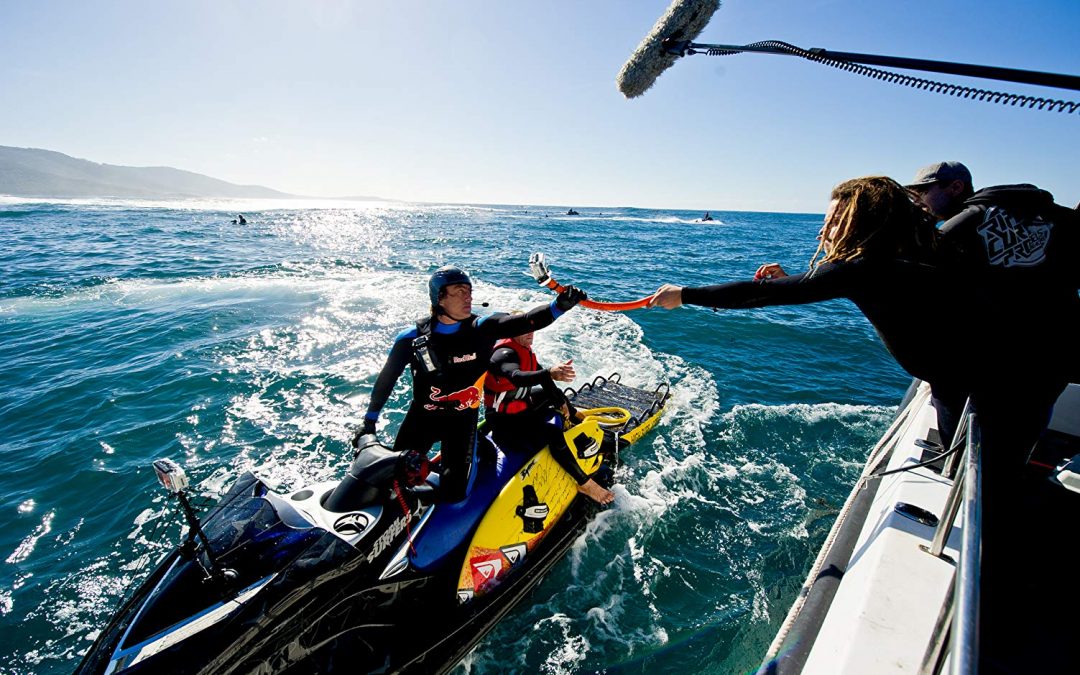 How much does it take to make a really good surf movie? These days it takes more than a few nickels. Based on information that was available and some inside sources, the following are the ten most expensive surf movies of all time.

Tom Carroll and Ross Clarke-Jones have been on surfing’s cinematic frontline for nearly 40 years. Showing no signs of slowing, the sardonic duo’s Storm Surfers takes top honors as the most expensive surf film of all time. Surprising? Perhaps. But coming in with a price tag of an estimated $5 million, the movie was originally released in 3D, which doesn’t come cheap. No surf film has ever attempted such a feat. And chasing swells with an entire film crew, it isn’t something you just throw on a credit card. They even had walkie-talkies. To date the film has only grossed a measly $117k…but profitability’s never really been the point in the wave-riding genre.

It takes a lot of cash to get Pat O’Connell skipping down the beach. “I was young,” recounted Pat to the Huff Post last year. “I think they wanted someone who could be on camera, but they also wanted someone who was the young up-and-coming surfer. I was able to take the time. It was funny because Kelly (Slater) said, ‘Hey, I got this job to do The Endless Summer,’ and I had just met with Bruce. So I was thinking, ‘Oh, great. Kelly’s going to take this job.’” Kelly didn’t take the job. Pat and Wingnut were cast and like that, they were off. Written by the father-son duo of Bruce and Dana Brown, no expense was spared in the production effort of Endless Summer II. Truth be told, it had a major studio behind it from the beginning, but it’s still a great surf movie. Shot on location around the world with a full production crew, it’s as close as any true-blue surf flick has gotten to getting the full Tinsel Town treatment. It cost about as much to make as Menace II Society, which makes it kinda gangsta.

Obscure and seen by few, this forgotten buddy-pic featuring Kelly Slater and Raimana Van Bastolaer is the shocker of the list. Talk about out of nowhere! Originally released in 2010 in 3D IMAX – which ain’t cheap – the film is a rollicking good time through Tahiti, albeit a fairly corny one, like something you might see on an airplane. Money can do a lot to cover up flaws in a script or plotline, but it’s a thin veil. Boring’s impossible to completely polish away. A budget can be a great place to hide from creativity, but the true value of a story and its relevance is unmistakable.

Step Into Liquid was Dana Brown’s follow-up to his The Endless Summer II success. It was also proof positive that Dana didn’t need his old man to get the job done. The cast is a virtual who’s-who on the international surf scene. It’s got Laird, Kelly, Taj, Texas tanker surfing, Snips on a 66-footer and oh, so much more. Released in 2003, it still makes you just want to go out and ride waves.

McCoy’s most recent joint, A Deeper Shade of Blue is his magnum opus. An impassioned history of the sport he’s devoted his life to documenting, maintaining the highest quality standard has always been Jack’s kink. Production costs added up quick, which is evident when you see the film on a big screen. It was money well spent. It’s a beautiful film, complete with re-enactments and an all-star soundtrack, including Sir Paul McCartney.

Remember when pro surfing was interesting? It’s been awhile, but in 2004 Jack McCoy released what might be surfing’s most sterling doco. Comparing and contrasting the lives of Andy Irons, the world champ, and Dave Rastovich, the Zen wanderer, it captures one of surfing’s most fun and volatile periods. Andy begrudgingly ends up playing the part of the black knight while Rasta comes across as Buddha reincarnate. The footage is riveting – Kelly in the shower balling, Andy wanting to shred the champ’s picture into a thousand pieces. Hell, Andy was so pissed with the outcome that Jack was banned from Kauai. “I don’t need to watch this shit, I lived it,” muttered Andy while walking out of a premiere in Costa Mesa. Surf movies aren’t usually strong on character development, but McCoy swung for the fences on this one and absolutely smashed it.

Billed as “a true dog’s tale,” in 2005 McCoy, Joel Parkinson and Parko’s boxer, Trey – who plays the role of narrator – set out across Oz to show grommets James Wood and Ellis Ericson what’s up. Unfortunately, after the brilliance of Blue Horizon, Free As A Dog didn’t live up to expectations. The second of a three-film contract Jack had with Billabong, following this film both amicably parted ways. The budget for the third film was subsequently redirected towards Taylor Steele’s Trilogy, featuring Bong’s then dream team of Joel, Taj and Andy.

“That boat alone is around 160k… then throw a chopper on it!” revels Kai Neville. Indeed, those were the glory days. Quik’s Young Guns was the strongest squad in the business. A frisky, puka shell-wearing Jules Wilson, an engaged Dane Reynolds, a supporting cast of Jeremy Flores, Clay Marzo, Troy Brooks and Ry Craike—all mentored by one Robert K. Slater—how absolutely all-star. Of course, that was before the financial apocalypse of ’08. Before Quik shed employees like a snake sheds its skin. But damn, flat screens in your own private cabin with a helo parked on the deck, that’s Kanye shit.

Produced when every surf star was dying for a signature film, Julian Wilson’s Scratching The Surface harkens back to that golden little epoch before the economic ass kicking of 2008 when the coffers were flush with cash. “I think the Western Australian Scratching the Surface scene would have put a dent in the budget,” surmises Kai Neville. “I know chopper/cineflex time is costly… Throw in the lodging, cars, land videographers. It would have been pricy based on my experience.” The story behind the story is that Red Bull was throwing piles of dough at Volcom in hope they’d make The Bruce Movie 2. When it fell through the cash was rolled into Jules’ project.

A bumbling production, it took over three years to figure out who Jamie O’Brien was…sort of. It’s still kind of a mystery. But sorting a few things out in Who Is J.O.B., we come to find that the poor boy’s mom wasn’t much part of his life. As a haole he learned to surf on the North Shore while wearing a swim cap duct taped to his head. He routinely got beat up at school. No wonder he inflicts such brazen punishment on pal Poopie today.