Nixon Didn’t Surf…But He Did Golf 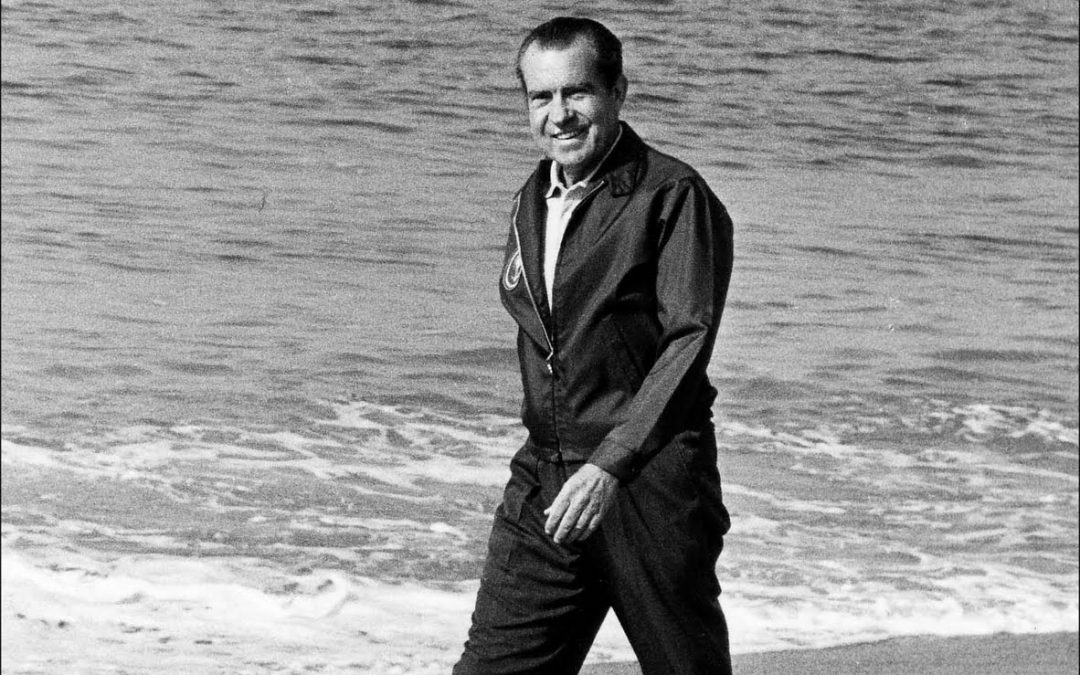 A while back my friend Tom and I were playing golf at Shorecliffs in San Clemente. When we met up Tom informed me he had invited his old friend and tax guy Ed to play with us.

Ed lives on the third hole, he’s played the course since the ‘70s, and is a single-digit handicapper, so he knows his way around pretty well. When we pulled up to the par four sixth he asks, “You guys wanna hear the best golf story ever?”

You can’t turn down an offer like that. So he starts telling us about how him and his friend had been playing one day in the ‘70s, they were on the sixth hole, and had pulled off the tee box to sit in the shade and smoke a joint. They’re about halfway through the joint when all of a sudden all these golf carts come swarming from every direction. “That’s when pot was a pretty big deal,” he explained. “So we threw the joint in the bushes and waited.”

“Then a secret service guy with a 16-inch neck gets out of one of the carts and says, ‘Excuse me gentlemen, do you mind of the President of the United States plays through?’”

Paranoid out of their skulls, they oblige President Nixon and “some cornel or general he was playing with.”

The military man hits a long, straight drive and splits the fairway. Then Nixon tees it up. He barely dribbles it out of the tee box. “So he turns to us and says, ‘Excuse me boys, you don’t mind if I hit another?’”

“I’m not saying anything at this point,” continues Ed. “We’d thrown the joint in the bushes and the wind was whipping and you could smell it all over, but none of the secret service guys could figure it out. Then my friend steps in and says, ‘Of course sir, you’re the leader of the free world.’ So Nixon gets off and into the fairway, and my friend comments, ‘Nice drive sir.’”

“I don’t see your ball out there,” puffs Nixon.

“I’m there in the fairway,” says Ed’s friend.

Then Nixon turns to Ed, and all of sudden his glare is fixed on him, and he’s caught in the middle of this little banter. “I just remember this huge head staring at me. I was just trying to keep quiet,” says Ed. “So I say to Nixon, ‘Well sir, it’s up there on the green.’”

Ed had gotten a good bounce and driven the green before taking his smoke break. Immediately the secret service guys bust out these huge binoculars and check. Nixon must have been impressed, because he said, “How’d you boys like to play some golf with the president of the United States.”

Again, before Ed can stop him, his friend interjects, “That would be amazing sir, we’d love to.”

“We played the next three holes with him stoned out of our minds, and never once talked politics, just golf,” surmised Ed. “But I did have a talk with my friend in the cart and he didn’t say much after that.”