The Reincarnation Of The Fish 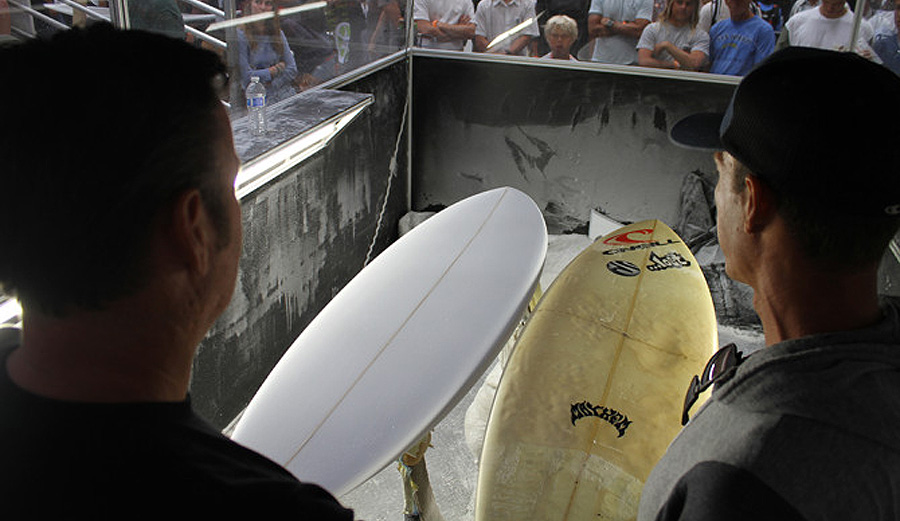 In the Fall of 1994, a very young Chris Ward called me from Hawaii.

“Tom Curren is out at Logs on a ‘Fish’ It’s short and wide and I want one. Can you make me one?”

Curren was riding a Tommy Peterson Fireball. I had no idea what Tom was on, so I went around town checking vintage ’70s twin-fins hanging on the walls of surf shops. I got some inspiration, went to my shaping room and came up with what would be the first “RoundNoseFish” — a 5’5” wide nosed, twin fin, with a fairly normal width swallow tail. Concave under the front foot to a deep vee, low rocker tail. We got the board to Hawaii. Chris got on it and the rest is sort of history.

That next summer (1995), we made some for Cory and a few other guys and started gathering footage.

I started riding them myself. We released “What’s Really going Wrong.” which featured segments of both Chris and Cory on the early fish. Mainly at Trestles. People noticed, but it wasn’t fully appreciated…yet.

That fall, armed with a couple of fresh fish, compete with rear FCS fin plugs, to complement the glass-on twins, the boys were back in Hawaii. This time with Drew Todd to video. O’Neill started running ads of Chris n Cory riding the boards and things started to steam roll, even before we finally made the film.

Andy [Irons] wanted ”one of those fish things.” My friends, other team riders and even a couple surf shops, as well. People really we’re ready for some thing new.