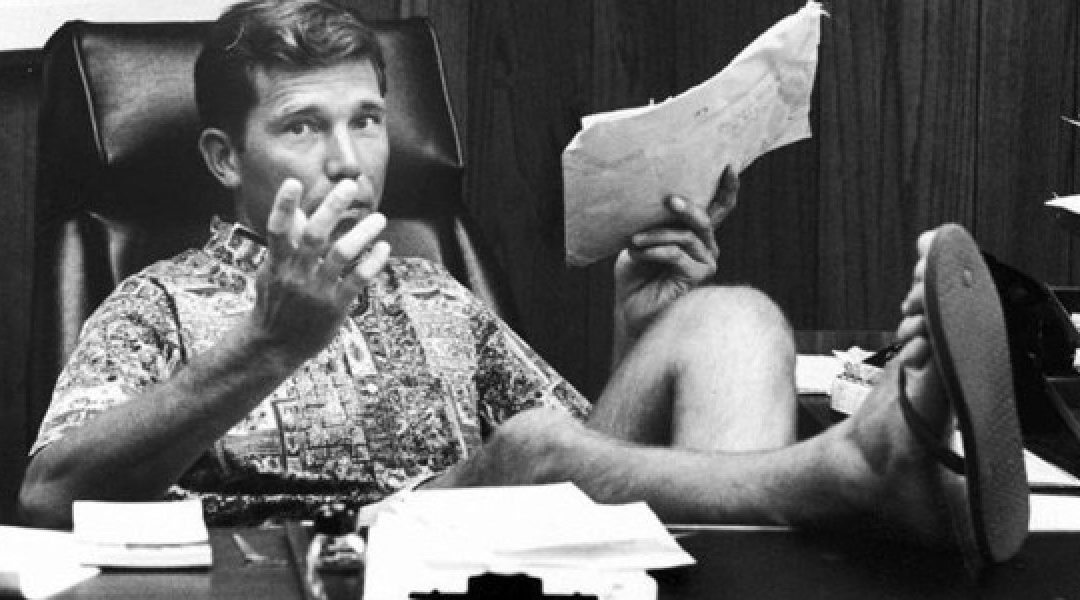 We’re adding something special to the collection at SHACC. Thanks to the graciousness of our dear friends Steve and Debbee Pezman, Surfer Magazine founder John Severson’s desk will have a permanent home—and hopefully the next generation of writers, photographers, filmmakers and artists.
As far as the backstory goes, Pez broke it down as follows: Sevo bought that desk set in 1965 when he was just feeling grounded with the success of Surfer. I started to work there in ’69. He moved on to Maui in late 1970, having sold the magazine to a holding company with an earn-out period that he cut short. He started looking for someone to slide into his desk chair so he could get the holding company to release him early. He asked around for suggestions, including mine. One day he asked me to lunch, and while driving to the Colony Kitchen in San Juan Capistrano, he said ‘Well, I guess you’re it!’ ‘I’m what?’ I asked.
He asked me how I’d like to be publisher. It’s easy, he said. Edit for two or three hours a day, publish for a couple and go surfing.
‘Keep it for five years; it’ll be good for you,’ he said.
The staff knew the ropes and for a few years I faked it. Twenty-one years later I left and Debbee and I started the Journal. Dana Gordon gave me my office furniture when I left. So, the desk set moved to The Surfer’s Journal in 1991 and we started publishing in ’92. The guy we hired about six years ago just recently remodeled our ‘look’ to be ‘his’ era and mid-century modern was out. So, after 40-something years the desk, the guest chairs, the trash can went to the warehouse. No one lamented the change but Debbee and me.