How Three Girls From New Jersey Changed The Game 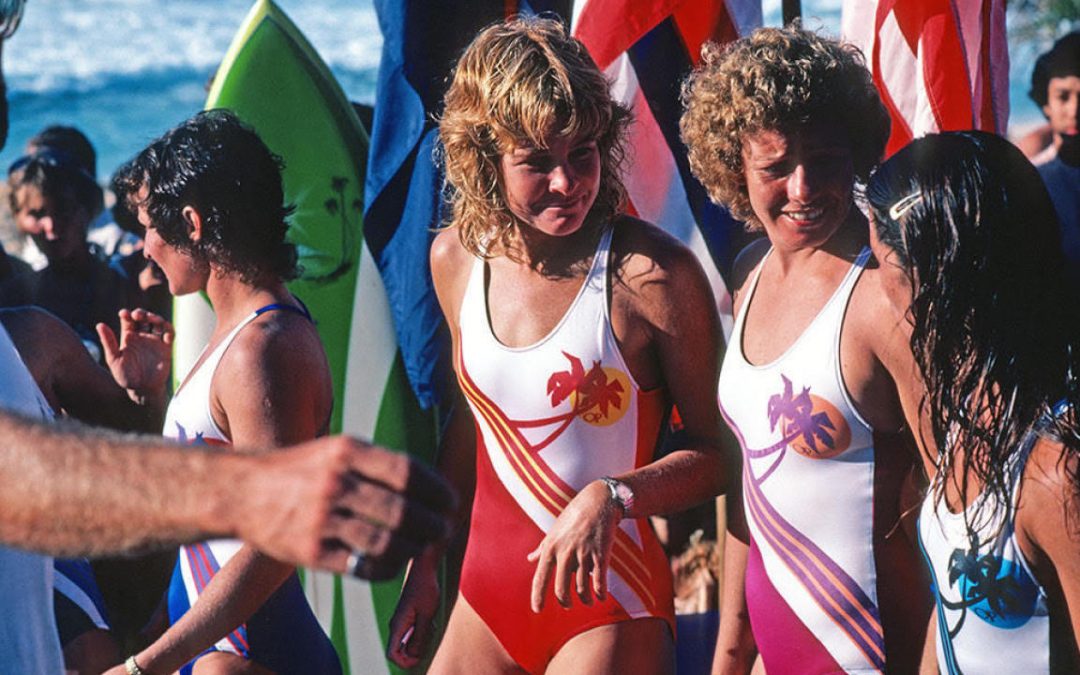 Back in the late ‘60s and throughout most of the ’70s, three young women helped shape the future of women’s pro surfing, and all three grew up within eight miles of each other in southern New Jersey.

It began with phenom Barbie Belyea in Ocean City. Her contest victories, which were many, predated the formation of the ESA. Once the ESA was founded, she won just about everything she entered. Barbie won the first ESA championship in the legendary East Coast Tour Championship in 1969. She represented the ESA at the ISA World Championships in 1972 with an impressive 3rd place finish at Johanna, Australia. In 1972 the dream of women’s pro surfing became a reality as Betty Marsh, a local surf shop owner donated prize money for arguably the first women’s pro event on the East Coast, which Barbie won and walked away with the grand prize of $350.

Next up was Sandy Ordille (Linwood) whose older brother Peter (quite a standout himself) introduced Sandy to the world of surfing and she never looked back. Growing with the help of the ESA, Sandy excelled at many local and East Coast competitions, ultimately participating in the very beginning years of pro surfing instituted by the International Professional Surfing tour. The IPS tour led Sandy to compete in the Durbin, South Africa, Gunston 500, where she placed 3rd and in Rio de Janiero at Aprorador where she placed 4th. Sandy also competed on the pro tour in Hawaii, Japan, and of course, California. She was “top ten” for several years in the IPS final ratings. And then came the younger upstart, Linda Davoli (Brigantine). Linda, just like Barbie and Sandy, made her start with the ESA winning just about every event she entered. In 1973 she became the first East Coaster to win the US Championships held in Malibu. Traveling the world in the IPS tour she spent three years firmly entrenched in the top five worldwide. She was also the first woman to beat a man (actually, several) in a one-on-one competition at the Bali OM Pro. In 1980 she was ranked #1 on tour but had to withdraw due to injury and ultimately finished #3.  She was also the first East Coaster to win at Bells. Linda appeared along with Ricky Rasmussen and actor Gregory Harrison in the classic TV series “American Sportsman” in 1980.

Without these three women pro surfing would have taken years more to gain the momentum that it has enjoyed over the last 40 years. Each of them are members of both the East Coast Hall of Fame and the New Jersey Hall of Fame.