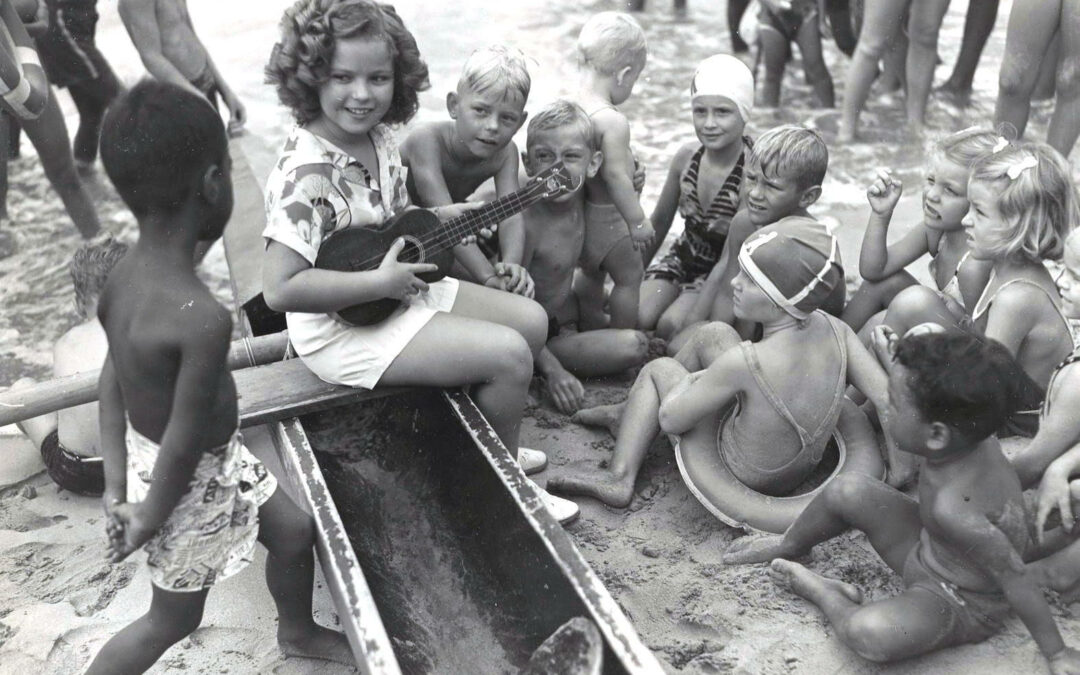 As Told To Ben Marcus

Dick Metz can no longer lie about his age. He was born  September 4, 1929 in Laguna Beach, California — just in time to be a Child of the Depression, but also for good things, too. His mother — the former Miss Edna May Simpson — was of Scots descent and his father Mitchell Metz, emigrated from Budapest, Hungary, when he was eight years old.

Metz was a child of the Depression, during a time when many Californians flocked to the ocean, because the ocean was free and fun, and sometimes provided meals.

Here are snippets of Dick’s memories from growing up in Laguna Beach in the 1930s and frolicking with movie stars at a young age:

HOLLYWOOD BY THE SEA

During that time, in the ’30’s, when the Del Mar racetrack opened [in July 1937]—Bing Crosby and Bob Hope were involved—Hollywood was different than than it is today. Movie stars were kinda regular people. You know, you’d see them in movies, but they weren’t so elevated, so red carpet, such a big deal. The movie lots—MGM, Warner Bros., and all those—were where these guys worked five days a week. And because Laguna was a cutesy town and had a lot of artists living there, the movie stars (not all of them, obviously, but a bunch of them) would spend time down there.

I used to play with Shirley Temple on the beach on weekends. She was the same age as I was, and her folks would stop at the restaurant. There were no freeways, and to go to San Diego, you had to go down Coast Highway. The towns along the way were small, and there weren’t many restaurants, so movie stars would drive down Friday afternoon when they got off work at the different Hollywood lots – drive down to Laguna, have dinner, usually at my dad’s restaurant, and spend the night in Laguna. Then they’d get up on Saturday morning, drive to Del Mar, watch the races Saturday, spend Saturday night down there, watch the races on Sunday, and then Sunday afternoon, when the races were over at four o’clock, they’d drive back to Laguna, spend Sunday night in Laguna, and Monday morning, get up at a reasonable time to drive back to L.A.

So we had a lot of movie people stopping at the restaurant—Bing Crosby and Victor Mature, Bette Davis, I can’t remember all of them, but that’s the way the economy kind of ran. And it saved us, especially because there weren’t tourists like there are now. And during the Depression, these small towns needed that extra financial input. That’s what kind of kept Laguna going during those early years of the Depression. And I was playing on the beach and surfing with Peanuts and Hevs. That was the lifestyle in those early years.

Those are wonderful memories of that time, and of Laguna then.

Yes, and Laguna got to be more of an art colony not only because of the movie stars but also because of the guys who worked on the movies. A lot of them were really good artists, and a lot of them were gay, so they would come to Laguna—they didn’t necessarily go to the horse races; they would just stay in Laguna all weekend. That’s how Laguna got to be kind of a gay community, because those guys liked the town, and it was pretty liberal in its politics and thinking. That’s where Laguna’s artsy roots grew from, and where the Festival of Arts kind of began. I was in one of the first Festival of Arts Living Pictures that they did. It was such a little town, and everybody in the town was involved, one way or another.

“My mom was a schoolteacher in Laguna, and my dad owned a small restaurant right on the beach where the main lifeguard tower is now, on Main Beach. There used to be a bunch of buildings right there where the grass is now. My dad’s restaurant, called the Laguna Diner, was basically a railroad car made into a diner, and in 1935 or ’36, the person who owned the land moved the railroad car to another location.” Photo: Metz Collection