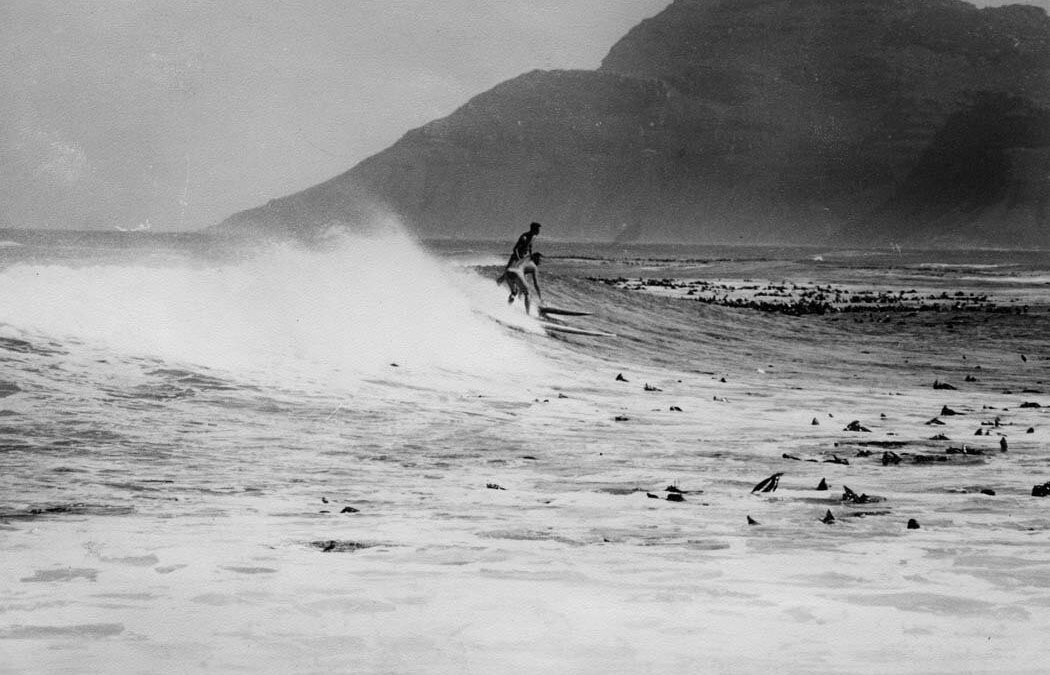 As told by Dick Metz to Ben Marcus:

When we got to Cape Town—a big port city in a harbor—he said, “Well I’m going to the Groote Schuur Hospital to see my mom. Where do you want out?”

I could see the ocean up ahead, so I told him just to let me out at the next corner. I never saw him again. I walked a couple blocks and went down to the water. It was rocky and heavy with kelp. Farther around the corner there was a guy on what I thought was a surfboard, but it really didn’t look like a surfboard. So I walked over, and he was out maybe fifty yards.

The waves weren’t even two feet, and it was really kelpy. He took a little bitty wave, and he didn’t even stand up. He fell off and lost the board, started kind of half-swimming, half-crawling over these rocks. The board washed in close to where I was. So I went over and I tried to pick it up, but it was so damn heavy, I could hardly pick it up. I was laughing that the board was so ugly. The guy finally swim-crawls up to the rock where I was. Now, you gotta know that I had hair down to my shoulders—I hadn’t cut it at all for a year or so—and I had a full beard, was wearing an old torn aloha shirt, a pair of shorts, and instead of shoes, I had on these sandals that I had bought in Mexico that were made out of tires. That was really all the Africans wore, too: tire-soled sandals.

Of course, all the English and all those other guys, they’re dressed to the hilt, because these were all colonies at this time. And whether they were German, Dutch, Belgian, or French, they all kinda dressed the same: stark-white shorts and white socks up to their knees, white buck shoes, and usually a pith helmet. They all carried a little swagger stick, and they’d walk down the sidewalk, and if there were some blacks on the sidewalk, they’d whack them with this little short stick if they didn’t get out of their way in time. That was the way it was in those days. Armies, and the white man ruled, and the black man was his servant.

I’m pretty dark skinned, and I’d been in Tahiti and Australia surfing and all across Africa and out in the sun every day, and I was pretty much as dark as a lot of the mulatto kids were, so when this guy swam up to me and I said, “This is the ugliest surfboard I’ve ever seen,” he responded, “Well, what the hell do you know about surfboards? Who are you?”

He couldn’t figure out what I was, but he recognized that I spoke good English, though in a different accent than his. I told him I was from Hawaii and Southern California.

“Holy shit,” he said. And then we talked surfboards.

“I don’t know everything,” I said, “but I obviously know more than you, ’cuz this is an ugly sucker.” 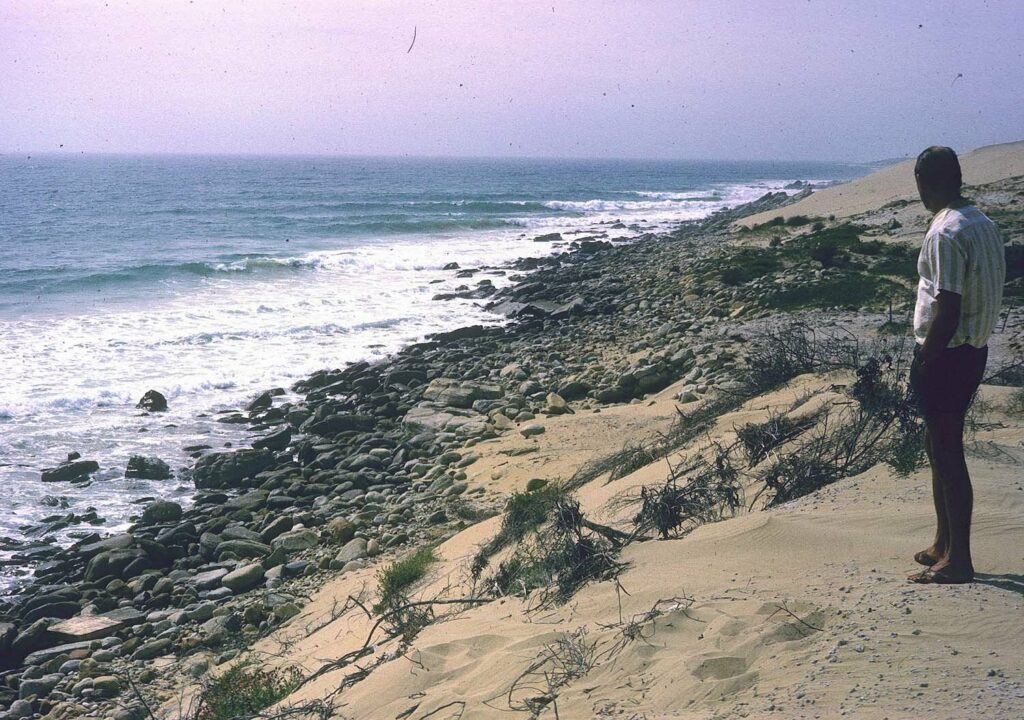 And it was. He had made it out of pine and covered it with canvas, if you can imagine. He tacked the canvas on, and then painted the canvas with shellac, so it was all lumpy and hard, and you couldn’t lay on it. It was just ugly. It didn’t even look like a surfboard. It didn’t look like anything I recognized, but he was trying to ride it. He had a Volkswagen Kombi van up on the street, and he said, “You’ve gotta come home with me.” I didn’t have anything else to do, so I said, “Why not? What’s your name?”

So I get in his car, and we drive to his little house in a place called Bakoven, which is a little suburb of Cape Town. The houses are right on the ocean. It’s not a sandy beach; it’s on a rocky little point. And before we even get there, it’s all dirt roads going down to the house, he’s screaming out the window, “Thelma, Thelma!” (that’s his wife’s name) “Call the mates, we’re having a braai.” I didn’t know what a mate or a braai was, and he was yelling and I was laughing, because the whole thing was a crazy scene. Here I was with hair down to my shoulders and a beard, and I didn’t look like me. I guess that was the only time I ever grew a beard.

Anyway, we get there, and within about five minutes, a bunch of his friends started showing up, and it was just like—it looked like Laguna Beach! There was a white sandy cove and then a rocky point and then another little cove and some more rock…you know, the parallel is the same as Southern California, only it’s in the southern hemisphere. So the temperature’s the same, the ocean’s pretty much the same, and that’s why today, there are literally dozens of South Africans from Cape Town living in Laguna. They have businesses there and they like Laguna because it looks like Cape Town. Not Cape Town the big city with a harbor—that would be more like Long Beach—but you drive a mile around the corner, and then it looks like Laguna. 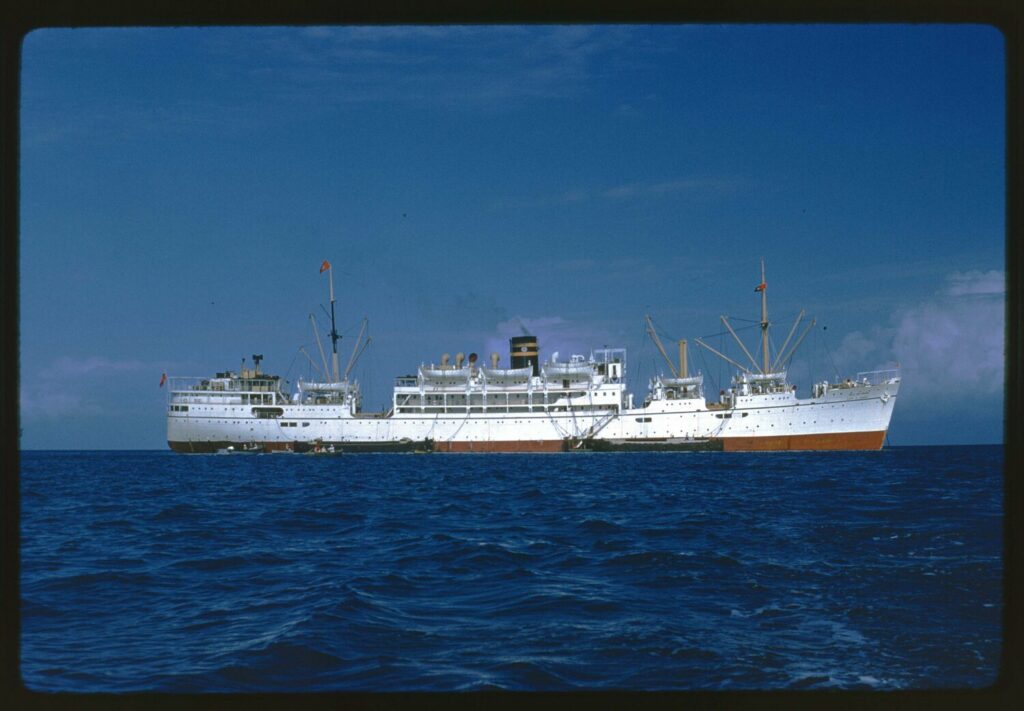